As a part of the multiyear deal, the Loveland, Colorado-based company will be featured throughout Empower Field at Mile High in a variety of advertisements during Broncos home games and will be the focus of the “Gameball Delivery” feature to start every game. Additionally, Lightning will receive a number of benefits which they intend to use to support the Colorado community.

“Working with the Broncos is a terrific opportunity for us to support our local community and increase brand awareness for Lightning eMotors and our zero-emission vehicles,” said Nick Bettis, director of marketing and sales operations, Lightning eMotors.

“We will be donating Broncos tickets to local first responders to thank them for all they have done during these challenging times in Colorado. Our plan is to reward these heroes for fighting fires and the pandemic,” Bettis said. “As part of the sponsorship, Lightning and the Broncos will also host a ‘STEAM’ (Science, Technology, Engineering, Art, and Math) event for a local youth group to get them excited about electric vehicles and possibly a career in this exciting field.” 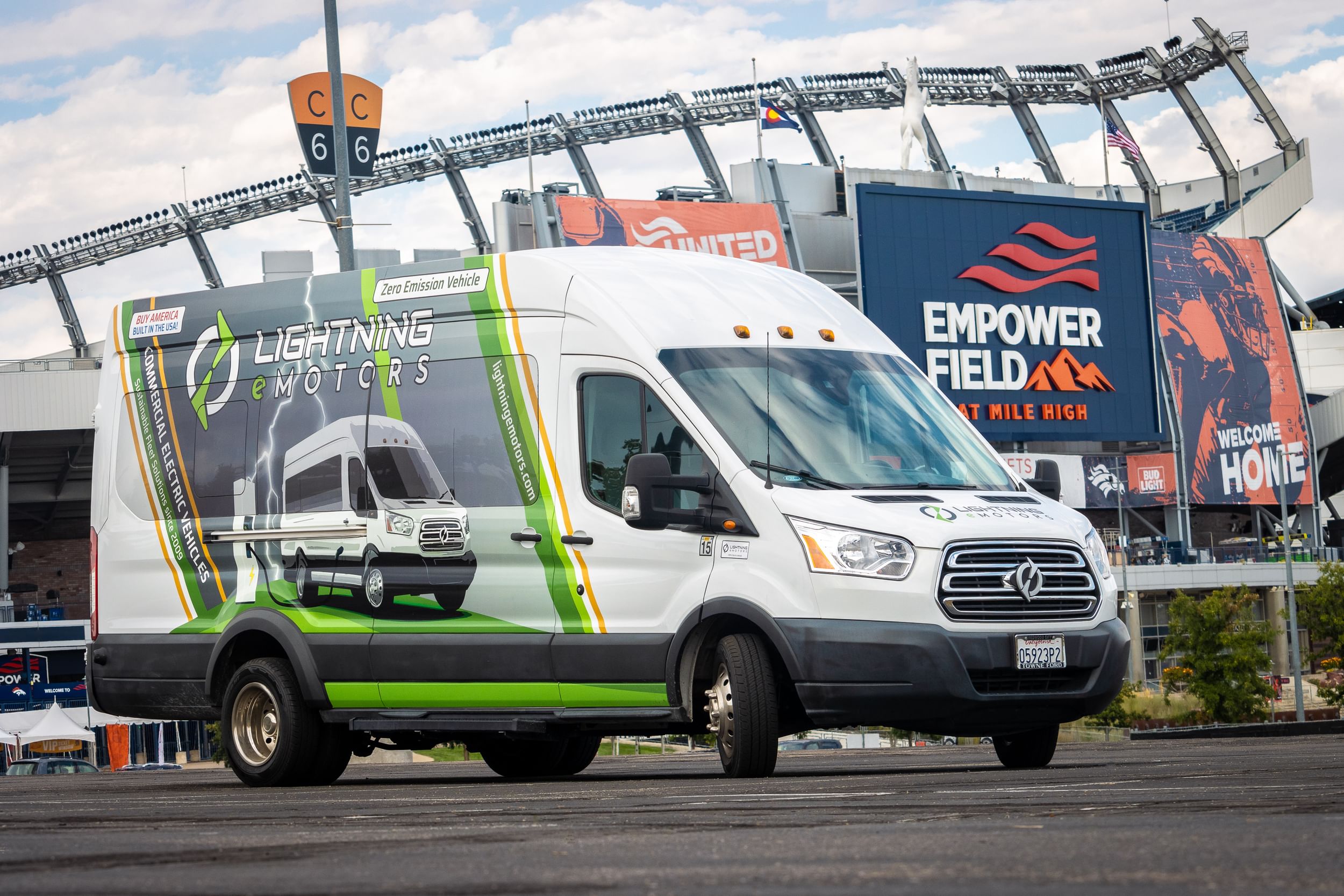 The Broncos play their first home game of the season on Sunday, Sept. 26 versus the New York Jets. This will be the first game during which Lightning eMotors’ ads will appear.

“We take a lot of pride in forming strategic relationships with Colorado-based companies,” said Mac Freeman, chief commercial officer of the Denver Broncos.  “Lightning eMotors is a great addition to our list of Hometown Partners, and we look forward to working with them on their continued growth and impact in the community.”

Lightning eMotors, founded in Loveland, Colorado in 2008, is a leading provider of specialty commercial electric vehicles for fleets. The company is the only electric commercial vehicle manufacturer in the United States that sells and delivers zero-emission vehicles (ZEV) in Class 3, 4, 5, 6 and 7, including passenger vans, ambulances, shuttle and school buses, last-mile delivery vans, box trucks, and motor coaches. Its range of customers include parcel and delivery, micro transit, airport parking operations, and electric utilities.

In 2017, Lightning eMotors moved its headquarters, manufacturing, and research and development into a nearly one-million-square-foot campus formerly used by Hewlett-Packard/Agilent in southwest Loveland, Colorado. In early 2020, the company took over the entire building on the campus located at Southwest 14th Street and Taft Avenue. Earlier this year, the company added manufacturing space in an adjacent building.

The company, which trades on the New York Stock Exchange under the ticker symbol ZEV, employs nearly 200 people and continues to grow. To learn more, visit https://lightningemotors.com.

This site uses functional cookies and external scripts to improve your experience.

NOTE: These settings will only apply to the browser and device you are currently using.